HK inno.N’s new drug K-CAB is approved of a phase1

HK inno.N’s new drug K-CAB is approved of a phase 1 clinical trial in the US

- US FDA approves a phase 1 clinical trial of K-Cap tablet, a new drug for GERD

- K-CAB Tab. expands its business to the US following after China, Southeast Asia, and Central and South America 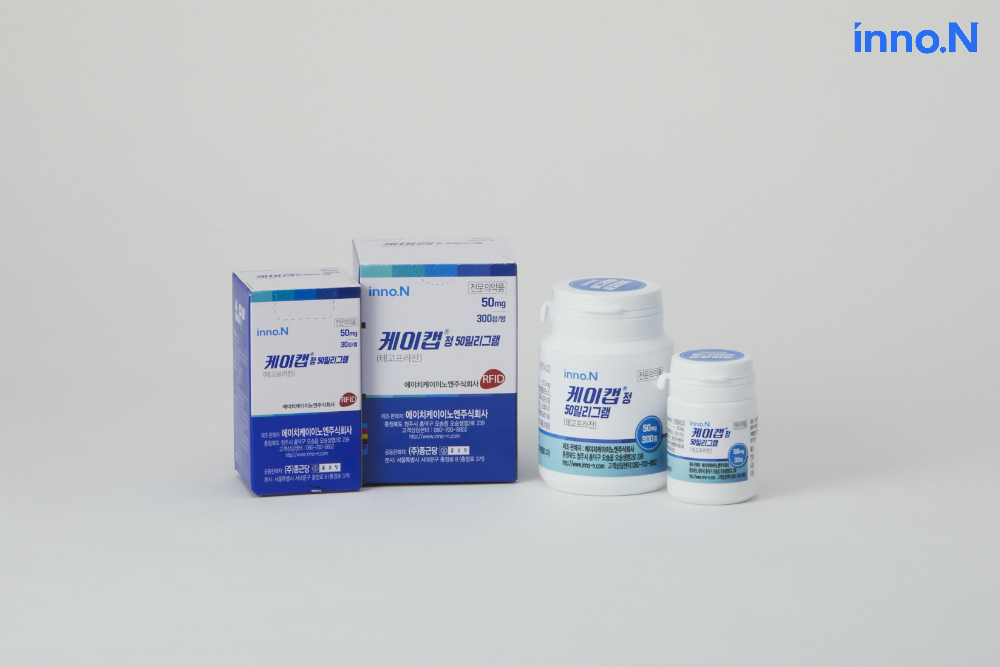 HK inno.N (formerly CJ HealthCare) is approved for the phase 1 clinical trial of the new drug K-CAB Tab. in the US and takes the first step into the US market.

K-CAB Tab. is a drug for GERD released in Korea in 2019, and is the 30th new drug in Korea that broke through annual sales of 20 billion won (Outpatient Prescription Data UBIST) in the shortest time among the newest domestic drugs. Beginning with clinical approval in the US, K-CAB has been advancing to a global new blockbuster drug by expanding its reach beyond Korea to the United States.

HK inno.N announced that it recently received approval of a phase 1 clinical trial of K-CAB Tab.(ingredient: tegoprazan) in the U.S. from the U.S. FDA. HK inno.N will evaluate the safety, tolerability, pharmacokinetics and pharmacodynamics of K-CAB Tab. aiming at healthy American adults.

K-CAB Tab. is a P-CAB (Potassium competitive acid blocker)-based GERD treatment drug and was launched in Korea in 2019. The drug has a fast effect in comparison with the existing PPI (Proton Pump Inhibitor) formulation, and it can be taken regardless of pre- and post-meal, and it has the advantage of suppressing gastric acid secretion at night due to its excellent long lasting power. Therefore, K-CAB has been rapidly expanding its area in the GERD market.

As of last year (2019), the global market for peptic ulcers was 20 trillion won, with most PPI-based products taking the top sales. Among them, the market size of the U.S. peptic ulcer drug, which K-CAB Tab. will enter, is about 4 trillion won, accounting for the largest portion of the world market.

About 30% of the North American population is known to visit the hospital due to GERD. In particular, the group of severe patients who are not responsive to PPI or those with severe esophageal mucosal damage account for 30-40% of patients with total GERD.

An official from HK inno.N said, “As K-CAB Tab. has created a new treatment trend as a new drug for next-generation GERD in the domestic market, it will show the strength of new drugs of Korea through successful study in the US market.”

HK inno.N's K-CAB Tab. has advanced to a total of 23 countries in Korea, China, Southeast Asia, and Central and South America. In Korea even after approval, maintenance therapy after GERD treatment, non-steroidal anti-inflammatory analgesic-induced gastroduodenal ulcer prevention therapy, etc. are being conducted and efforts are being made to secure indications.